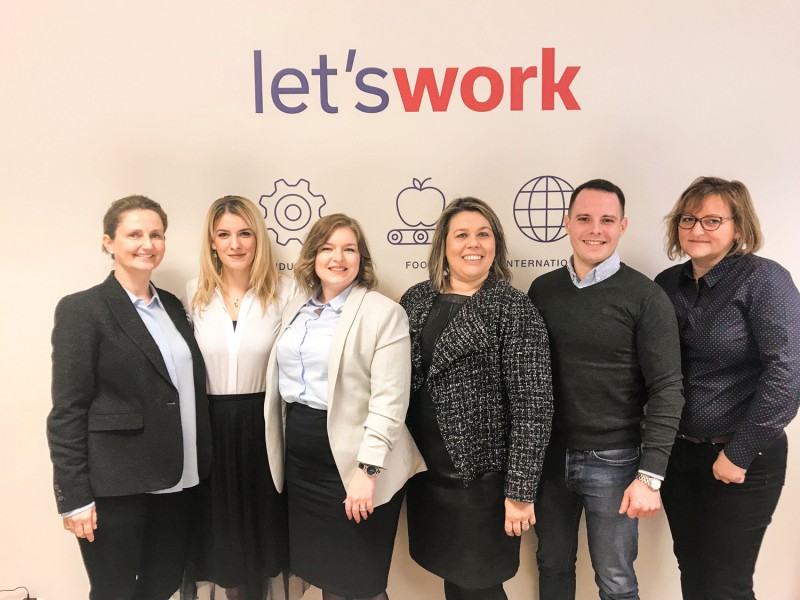 Since 2 months Nicolae Bezusenco is recruiting for Let’s Work International. Nicolae: “Moldavia is Let’s Works newest talent pool. I’m locally recruiting via differtent job sites. 6 people are already working in Belgium. My biggest challenge? Moldavians are used to looking for jobs in Russia, because Russian is our second language. So for many years Moldavian people worked in Russia in construction, industry, sales, ...”

After World War I Moldavia became part of the Soviet Union, but since 1990 Moldavia is an independent country. With a second Romanian citizenship (member of the European Union) Moldavian people can now go and work anywhere in Europe. Italy is a popular destination because of the language: Italian is part of the Latin family and easy to learn for Moldavians. German and Dutch are a lot more difficult, so I’m glad English is rapidly replacing Russian as a second language ...

Since 2014 Moldavian people are expanding their work horizons beyond Russia. The working conditions have changed: it is a lot more difficult to get the right papers, the rules are stricter and you have to pay to get a work permit in Russia. Also, people get less value for money now in Russia. People used to earn 50% more than in Moldavia, but now the advantage has dropped to 30% extra.

Nicolae preaches what he practices

When I’m talking to people who want to work in Belgium I tell them my personal story. After I finished college as an engineer in wine technology I earned 300 euro/month. Over the next three years I saw my salary rise up to 400 euro. A fast rise, but not good enough to match the living costs in Moldavia, since the prices of most products – meat, clothes, electronics – are the same as in Belgium. So people try to survive by looking for other opportunities, like working abroad.

Working in Belgium calls for a new way of thinking and you have to learn a new language and culture. But friends who worked in Belgium convinced me to give it a try. So I met with Adriana, the division manager of Let’s Work International and quickly started working at Horafrost: for 1,5 years I worked as an operator and for almost 2 years I worked as a team leader. I loved working there, but I had to change jobs because of health problems. After that I worked for Soenen as a fork lift driver for another 2 years.

How I started my job as a recruiter? My friends in Moldavia used to ask me: “Nicolae, can you find me a job in Belgium”. Because had very good relationships with both my employers I was able to help out 12 of my family members and friends. Almost all of them are still happily working with the same employers. So when I decided to move back home to my wife I asked Adriana to give me a call if she ever needed a Moldavian recruiter. Nine months later she got in touch and we agreed to give it a go. In 2 months I already proposed 17 candidates and 6 of them have started working in Belgium.

Let’s Work is special because of the personal contact. Division Manager Adriana was always there for me: when I had questions about my job, but also when I needed to organise my life in Belgium. General Manager Stefanie even put in a good word for me with my former landlord. The three most important lessons I learned from Adriana as a recruiter: always be direct and speak the truth, try and find the best opportunity for every party involved and always take your responsibility seriously.

Get in touch with Nicolae now
Mail your message – addressed to Nicolae – to international@letswork.be
or call our International office in Roeselare: 051 74 43 06.

ready for the next step
4885 jobs Let's get started